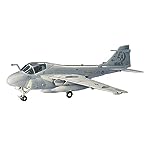 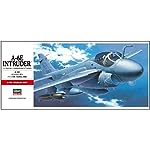 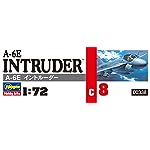 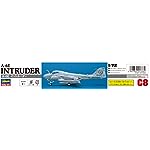 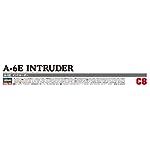 Detailed 1/72 scale assembly model kit of the Grumman A-6 Intruder, a twin-engine two-seat, all-weather attack aircraft operated by the United States Navy between 1963 and 1997. Introduced in 1963, The A-6 intruder was designed to replace the piston-engine powered A-1 Skyraider in performing strike missions for the U.S. Navy and the Marine Corps. Yet another ruggedly reliable aircraft manufactured by the Grumman Iron Works , the A-6 Intruder of all variants served with high degree of success from the Vietnam War to the early 1990’s when it was replaced by the F-14 in performing strike-missions. A specialized electronic warfare derivative, the EA-6B Prowler, remains in service as of 2009. This 1/72 scale Hasegawa kit features the A-6E variant, the definitive attack version of the Intruder, and the kit comes with detailed exterior with finely recessed panel lines, detailed cockpit, and decals for U.S. Navy and U.S. Marine Corps version.

Copyright for syndicated content belongs to the linked Source.